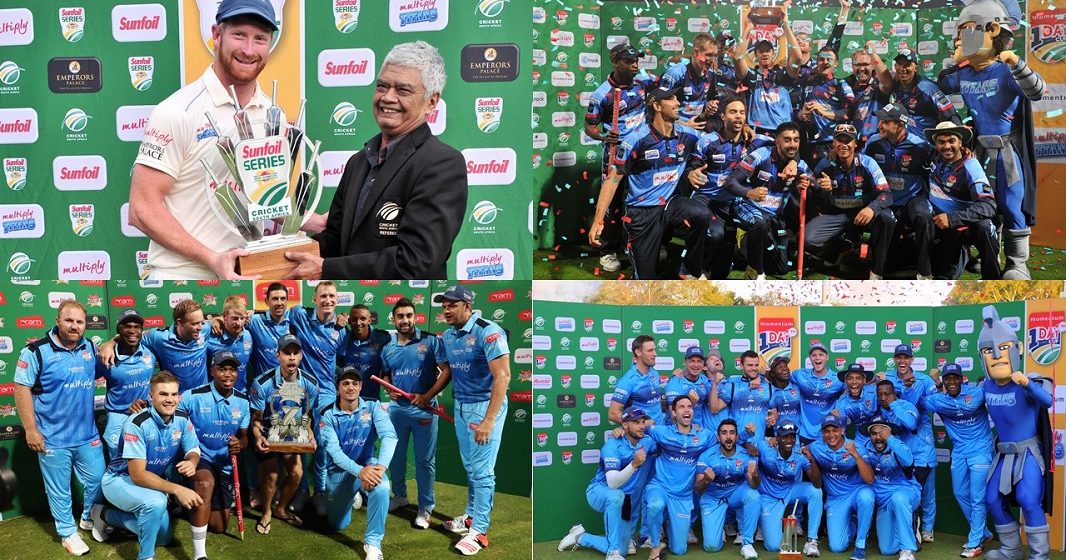 The biggest domestic haul of trophies since 2004 speaks to a consistency and a culture of winning, bred by a combination of excellent players and great succession planning in the background.

“Winning is a culture within the Titans, entrenched over the past decade or so. It is a collective of small positive efforts coming together and resulting in a victorious brand name and franchise such as the Titans,” Board Member Kabelo Khaas explained.

The Sky Blues, as they have been affectionately known, have truly aimed for the pinnacle of their sport, and pushed themselves to rival their Tshwane colleagues, the Blue Bulls and Mamelodi Sundowns.

“I don’t know of another city in South Africa has produced the collective success stories that Tshwane has cultivated over the past two decades,” Titans Cricket CEO Dr Jacques Faul said.

“In a sense, between the Bulls, Sundowns and ourselves, we have all pushed each other in a positive way, looking to bring pride and entertainment to this corner of the country. It’s no coincidence that so many players want to play their cricket, soccer and rugby around these parts,” Faul continued.

“Winning and that hunger to do it again and again takes a certain mindset. When you consider the trebles won under Rob Walter and Mark Boucher, and then the truly competitive sides that have been produced, even with national players away, it’s a great motivating factor for anyone who puts a Titans Cricket cap on.”

That volume of success at the highest level speaks to a conveyor belt of talent and management, one that encourages players to express themselves and, in the definitive sense of the word, be a Titan.

“Attitude, commitment and teamwork are core to the winning dynamic of any team, in and outside the field of play,” Khaas reiterated.

There is a new era on the horizon, a fresh chapter of history and success to be penned.

As ever, Titans Cricket is waiting eagerly to go once again, looking to push the boundaries and reap yet more success.