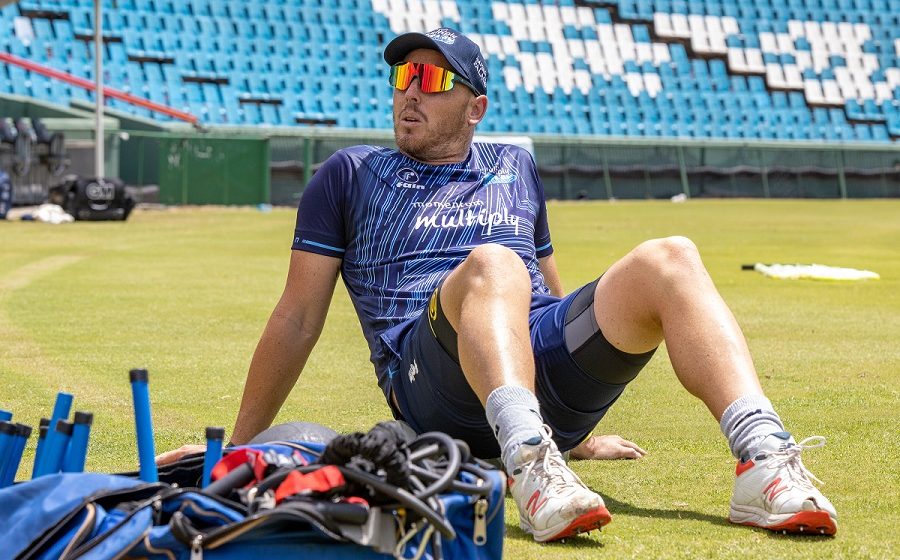 The Momentum Multiply Titans have pulled off a spectacular coup, by securing the services of former Proteas fast bowler Kyle Abbott for the rest of the current season.

The 33 year-old Abbott has linked up with his Sky Blues teammates ahead of the Momentum One – Day Cup campaign, which starts on Saturday.

Abbott was back home in Durban when the Titans idea popped up, and he is relishing being back on the field of play.

“I didn’t play for nearly 12 months between games, so I was sitting pretty comfortable in Durban doing my fishing,” he chuckled.

An urge to get out of his comfort zone – and get back to enticing batsmen to nibble at his bait – saw him eventually agree a deal to join a franchise he has always admired.

“Having chatted to a few people around and having played against the Titans in the past, it’s a well run unit. I felt it would be a perfect fit for me right now,” the former Dolphins star explained.

Having played for South Africa, Hampshire as well as numerous gigs around the T20 world – including the Indian Premier League – Abbott comes with a wealth of experience.

“He will add value in this team and he’s bringing a lot of experience,” Titans coach Mandla Mashimbyi enthused.

Abbott, a product of Kearsney College, was a standout for the Dolphins over the years, with the ability to strike with the new ball, as well as an excellent skill set at the death.

“He will help the younger guys to actually grow and be in a better space from bowling point of view. It’s actually encouraging as a bowler, knowing that you are next to somebody that has done it,” Mashimbyi continued about his new signing.

“It just gives you a level of comfort, knowing that you can actually go and ask what to do in pressure situations. To have somebody like him is a no-brainer.”

Abbott added that he is keen to add to the Sky Blues legacy of success, and he will be looking to hit the ground running.

“I think the reputation of the Titans speaks for itself. The trophy cabinet is pretty full and to contribute in a competition like this, and hopefully put another trophy on that shelf, will be awesome!”

As fate would have it, the Titans open the MODC campaign on Saturday, against Abbott’s former employers, the Dolphins.

The 50-over competition is operating in a bio-bubble in Potchefstroom, and the Titans face a busy start. The Dolphins affair on Saturday is quickly followed by a clash against the Knights on Monday.