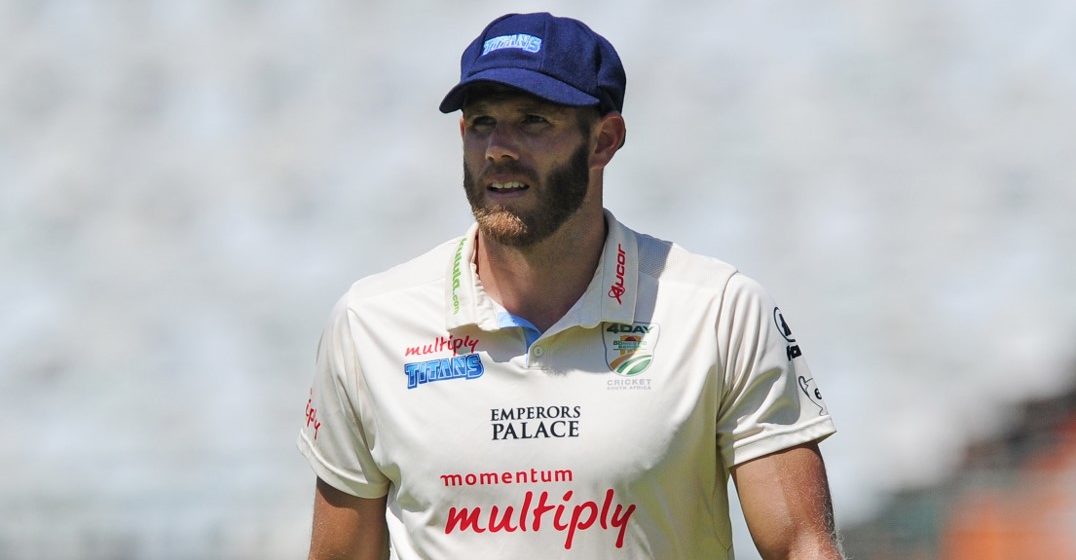 Ryan Cartwright was very nearly lost to cricket. The big pace-man has been tested more than most by the rigours of the game, to the point that he considered walking away from the dream three years ago.

Even in spite of several injuries in his youth, the product of St Albans was a prospect from an early age. But life threw him a few curve balls that he couldn’t brush off. As a strapping 21 year-old, he was already capped for the Northerns amateur side, but a cardiac problem saw him stopped in his tracks.

​”I made my first class debut in Durban against a very strong KZN Coastal side. Their team had the likes of David Miller, Robbie Frylinck, Jonathan Vandiar, Morne van Wyk to name a few,” he recalls of the tough baptism of fire.

“I had played a handful of games for Northerns and then after training one day, I had a sharp pain in my chest. I saw a doctor and was advised to see a cardiologist. I saw a specialist in Pretoria and was diagnosed with Sick Sinus Syndrome, and required an operation to control the rhythm of my heart. Initially, the doctor thought I needed a pacemaker. But having one would have limited my movement and wouldn’t have been ideal for cricket, so we went ahead with the operation.”

Beyond that setback, it was a tough road back into a very competitive Northerns environment. Like many do, Cartwright went over to the UK to learn some more tricks, and also a stint in the Netherlands. With opportunities limited in Pretoria, he relocated to the North West, where he was on the verge of first-class cricket – until a stress fracture put paid to his season.

“After that, I went to Ireland for what was supposed to be my last season of cricket. I felt I needed to make a living as I hadn’t yet received any sort of contract in cricket. I was 25 at the time.​”

Whilst in Ireland, he got a text from Richard Das Neves, who was then the newly appointed Head Coach at Easterns. Das Neves wanted to see him as soon as he got back from Ireland, and made him a big part of his Easterns plans. It was just the break and backing Cartwright needed, and he rewarded that faith with big performances.

“I’ve had so many great memories with Easterns. I think my best memory with the Easterns team was winning the CSA Provincial T20 Cup. Winning at home made it that much sweeter and more memorable. It was a hugely satisfying day and it meant so much to all of us,” he beamed.

He is excited for the future of the Benoni-based outfit, but after securing a semi-professional contract with them for 2019, he has now upgraded that to a Titans contract. Things are certainly looking up for the big man.

“Making my franchise debut in four-day cricket for the Titans was something that, at a few stages in my career, I never felt would happen. Playing for the Titans in itself was a pinch myself moment, but then signing with them really made me realise the opportunity that I now have to kick on in my career. I want to play Test cricket for South Africa,” Cartwright says sincerely.

The competitive juices are already flowing, and the 28 year-old is very keen to test himself regularly against the best domestic players. There is a wealth of talent around him at the Sky Blues, and he already knows a fair few from days in the Easterns sun.

“I’m excited to work with everyone at the Titans. I enjoy the way Dean (Elgar) plays the game and how he goes about his business. I’m excited to pick at his brain a bit and learn from one of the best in the world,” he explained.

“I’ve played quite a bit of cricket with Theunis (de Bruyn) in the past and I feel that we understand each other and speak the same language when it comes to cricket. Thomo (Grant Thomson) was my captain at Easterns and I really enjoy how he plays the game. He’s a fighter and someone that I really admire, so to be on the field with him again will be hugely beneficial to my cricket.”

Given that injuries and plain bad luck nearly got the better of him, Ryan Cartwright is not one to take anything for granted. He knows better than to do that, and he cherishes what is now ahead of him as a Titan.

“I want to make a positive impact on the Titans and bring the right energy and attitude to the best franchise in the country. I want to win trophies with my new teammates and help add to our culture. I want to make my time in the position that I’m in worth while and memorable. Its not going to be easy, but I’ve never backed down from a challenge. I can’t wait to get started!”