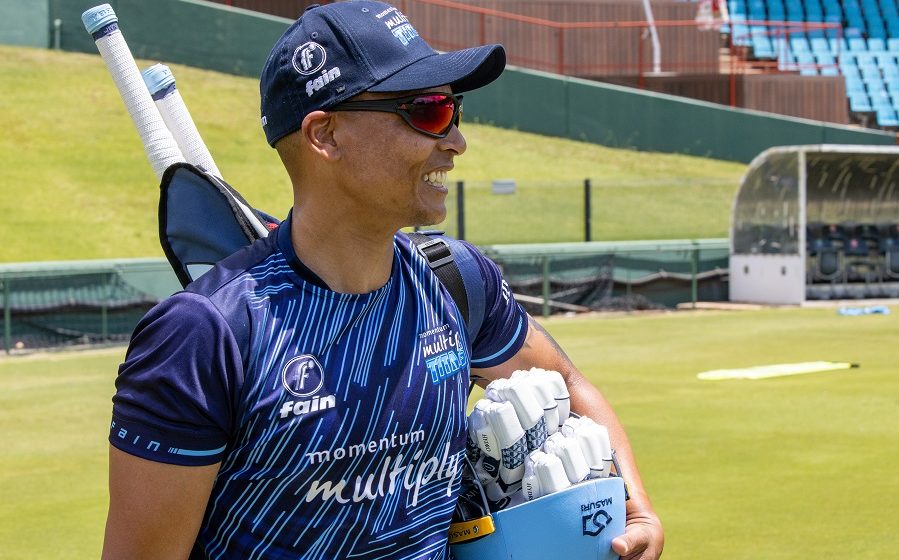 Veteran blaster Henry Davids has enjoyed the longest pre-season of his career, going everything from golf, gardening, cooking and taking banter from his teammates.

Now, however, the batting ace is back in action, as the Momentum Multiply Titans meet the HollywoodBets Dolphins in the first match of the Momentum One-Day Cup on Saturday.

“It’s great to be back! I’ve had a very, very long break. It’s been the longest pre-season ever, so I’m nice and fresh,” Davids said from the team bubble in Potchefstroom.

The evergreen Davids remains a vital cog in white-ball plans for the franchise, and he is already eyeing up another charge for yet more silverware. After the extended lockdown of 2020, Davids is taking nothing for granted, and is embracing being back in a team environment.

“I feel great being back with the boys competing, training, running around, making jokes, hitting balls. It’s really nice to be back,” he said excitedly.

His role within the team has always been important on the field, with his ability to win games single-handedly. Now, however, he is spending a lot more time passing on the legacy of being a Titan, especially with so many new faces in the dressing-room.

“We have a very proud history of setting standards in South African cricket and that’s something we want to push through with the guys coming in,” he emphasised.

“We want to let them faze into the way we play cricket and do certain things. It just makes it easier for when you get to the bigger games, knowing how to cope with the pressure that those bring.”

The Dolphins have often brought the very best out of the Titans, with high scoring affairs normally the order of the day. There is also the added needle of Kyle Abbott returning to South African cricket, but in the Sky Blues shirt instead of the Dolphins jumper he pulled on for years.

Whatever that brings out of the men from the coast, Davids in particular will be ready to tee off. The wait is finally over.

The Titans v Dolphins match will start at 10am on Saturday, with coverage on SuperSport.

The Momentum Multiply Titans today announced their squad in the BSE for the Momentum One-Day Cup at Senwes Park in Potchefstroom.