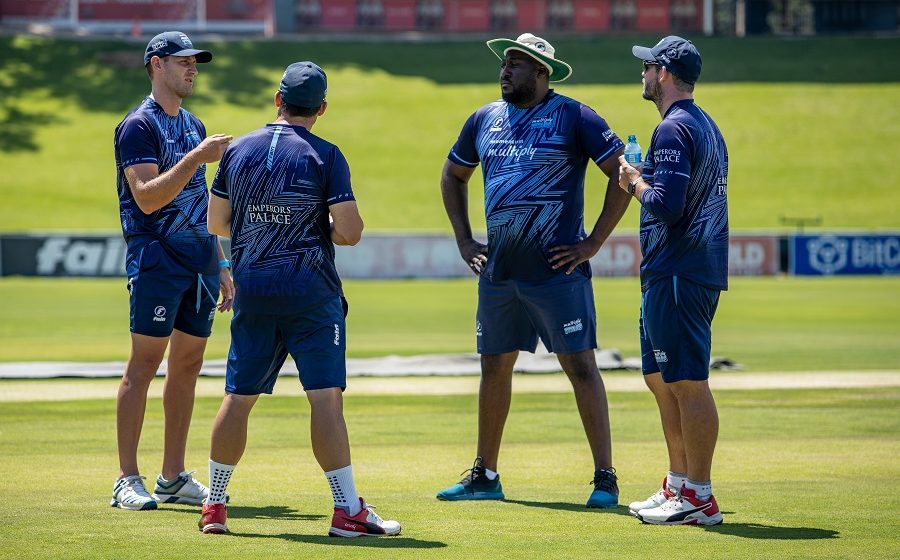 The Momentum Multiply Titans have named a potent squad for the CSA T20 Challenge, which starts in Durban on Friday.

Given the rash of Proteas players available, trimming the squad was no easy task for the coaching staff.

“We are very excited that we have quite a few Proteas back, but that meant we now have about 25 players to choose from,” assistant coach Geoff Toyana explained.

The embarrassment of riches at their disposal is testimony to the exceptional depth in the franchise, with all players itching for a shot at glory.

“It was not easy for Mandla (Mashimbyi) and I, because there is a lot of quality there. I guess the key is to choose a side that is best for the conditions in Durban,” Toyana said ahead of the trip to the coast.

It has been a trying season for the Titans, and the frustration of the weather during the Momentum One-Day Cup only added to the challenges of life in a bio – secure environment.

“The bubble life was a psychological challenge. You sit in your rooms, and the door only opens to get food. So that was tough, but we got through it,” Toyana said of the experience in Potchefstroom.

In preparation for the change in format, the Sky Blues were further frustrated by weather in Tshwane.

“It’s not been great weather recently, so we’ve spent a lot of time in the indoor nets.”

The likes of Aiden Markram, Dean Elgar, Lungi Ngidi and Tabraiz Shamsi have just returned from a historic visit of Pakistan for Tests and T20 internationals, and are all eager to make an impression on home soil, especially with the ICC T20 World Cup approaching.

Coupled with that, the Titans also have a wealth of experience from established stars such as Henry Davids, Junior Dala and skipper Heinrich Klaasen. Chuck in the all round ability of Chris Morris and Simon Harmer’s spin wizardry, and the Titans will really fancy their chances for silverware.

If the clouds finally smile down on them, the Sky Blues will take some beating over the next fortnight.