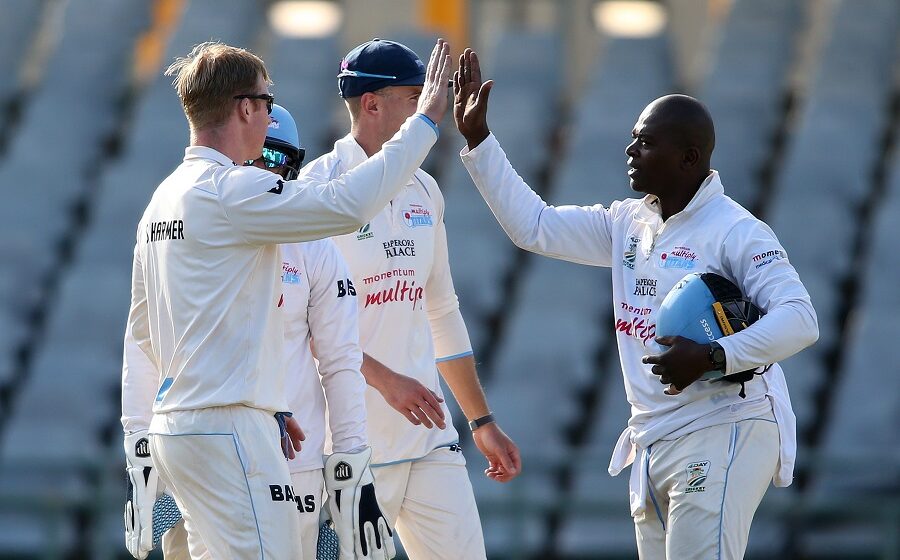 Fresh off his ninth first-class century, Grant Mokoena is confident that he and the Momentum Multiply Titans are heading in the right direction.

Mokoena notched 154 in Cape Town last week, as he set the Titans on their way to a dominant display against the Six Gun Grill Western Province at Newlands.

“The longer I stayed at the crease, the easier it was going to get, Mokoena said.
“I’m slowly but surely moving in the right direction. I just want to be thinking of being at the crease,” he said of his plans for the red-ball campaign.

Mokoena added that when he looks at the middle – order behind him, he knows that a strong foundation from him will put the team in a very strong position.

“I think we are starting to see the amount of work we put in through the winter. The things that we have done well, we must continue doing well,” he challenged.

Mokoena was also full of praise for spinner Simon Harmer, who was a menace to Western Province.

“He is asking some good questions all the time,” Mokoena said after a week of 63 overs in a match for Harmer. He also took seven for 76 in the first dig.

“To come in and do what he does, not many spinners can do that. He’s consistent. Those 700 wickets in first-class cricket, that should tell you a lot about him,” Mokoena pointed out.

Looking ahead to facing the Gbets Rocks next, he was cautiously confident of the Titans’ chances.

“They are a good team, so we need to throw the first punch. We are here to win and to get maximum points. We are not going to be backing away,” Mokoena resolved.