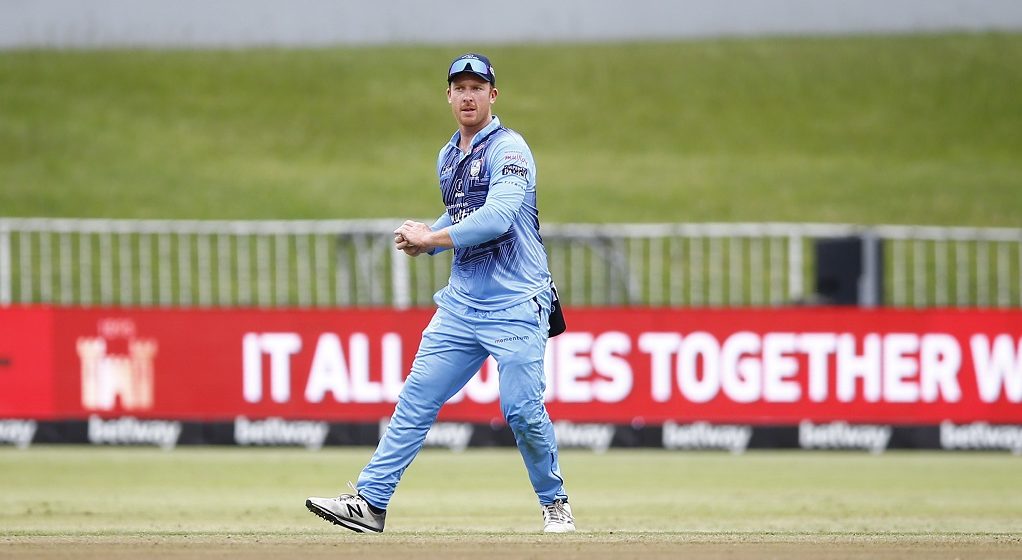 The Momentum Multiply Titans were handed a massive boost ahead of the T20 Domestic Cup knockout stages, with the arrival of the world-class Simon Harmer to the squad.

A Test-capper Protea, Harmer has dominated the English County Championship for the last few years, and his variety and consistency is a major injection of quality into an already competitive squad.

“He is a fantastic signing for us, and also a great addition to our game in general,” Titans Cricket CEO Dr Jacques Faul said.

“We have all seen what he had done for Essex, again and again, and we wish him all the very best here at the Sky Blues.”

Harmer joins a Titans side eyeing an early season trophy, even with several stars away on national duty.

With Dean Elgar still hamstrung, the side will be led in the knockout stages by veteran left-armer Aaron Phangiso, with the likes of Junior Dala and Theunis De Bruyn also adding international gloss to the ranks.

“It’s an exciting time of the year, with a few new faces, but the priority doesn’t change as a Titan,” coach Mandla Mashimbyi explained.

“Harmy is a great addition, because he brings a proper threat with the ball, and also provides a handy batting option. We’ve started steadily, but now we want to really get into our stride with the knockouts ahead of us,” Mashimbyi added.

The Titans have a strong blend of hardened campaigners and talented youngsters, making them one of the early favourites for domestic honours.

“It comes with the territory of being a Titan,” skipper Aaron Phangiso explained.

“There is a winning culture here, and we always want to build on that. It’s great having Simon joining us, because he’s someone who has shown that a spinner is as big a threat as a fast bowler in any format.”