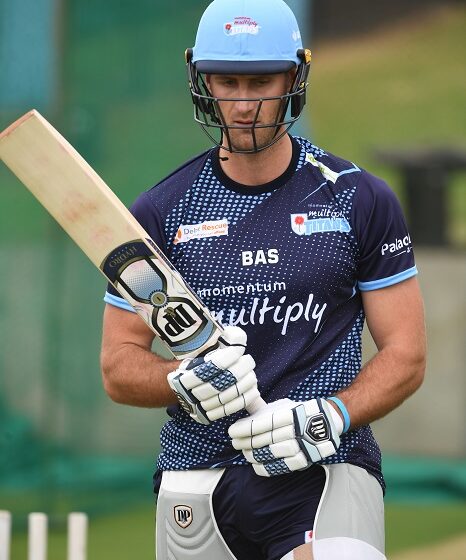 The Momentum Multiply Titans have travelled to Gqeberha, ahead of their T20 Domestic Challenge clash against the Warriors.

The Titans will be led by the returning Theunis De Bruyn, who has finally. recovered from surgery.

“I am really looking forward to what is still a lot of cricket to play this season,” the top-order batsman explained.

Leading the team is something that has always excited De Bruyn, and he is relishing the opportunity.

“I have always wanted to be captain. It also comes at a very interesting time in my personal career and in my life. So I am really looking forward to this”.

De Bruyn noted that they hadn’t played the shortest format of late. A tweak to the domestic calendar saw more red-ball cricket to start the year.

“We haven’t played T20 of late. But the guys have done well in four day cricket. That has been good for the change room.” We want to carry that momentum into the T20 campaign,” he challenged.

De Bruyn will be able to call on a lot of experience, as he and the Titans go in search of another trophy. Quinton De Kock, Heinrich Klaasen, Junior Dala and leading spinner Tabraiz Shamsi are all in the squad.

“It really is nice to see the guys again,” Shamsi explained.

“It’s an awesome vibe, and it’s really awesome to be back. I also got my first kit of the season, which is always really cool!”