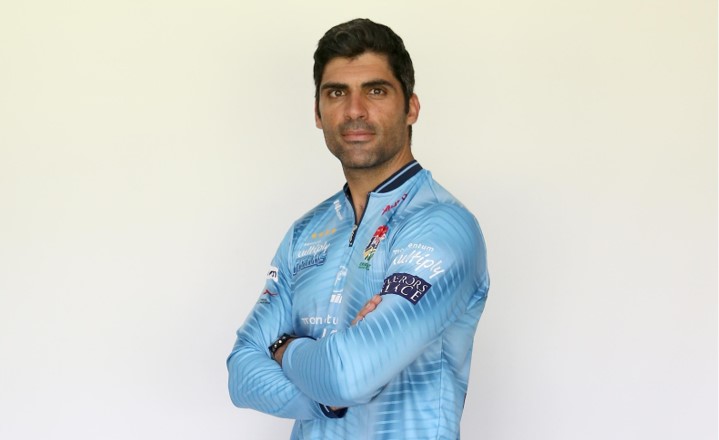 At the age of 30, popular Titans batsman Andrea Agathagelou has called time on his career. He leaves behind a dressing room that will miss the ‘Aggers’ banter, and also a middle-order that will miss his stability and appetite for big runs.

“It’s sad that a 13 year professional career has come to an end. But I’m looking forward to the next chapter of my life, and I’m incredibly grateful to have ended my career with the greatest team in the world, ” an emotional but content Agathagelou said.

Looking back on his time with the Sky Blues and in first-class cricket, Agathagelou readily jumps to his record breaking stand with Yasseen Vallie, when he amassed a triple century.

“Career highlights that jump to mind are definitely the 313 I scored earlier this year batting with Yasseen, to break a 100 year old South African record,” he reflected.

He was also influential elsewhere, though the Sky Blues have always been a massive part of his cricketing life.

“Being part of the 2011 championship winning team with Lancashire was also another special moment for me. But winning trophies with the Titans, and just every day that I got to spend in the sky blue kit, will always be things that I really cherish.”

Agathagelou looks back on his years at SuperSport Park and the friends he made most fondly. It was there that he turned his dreams from young days in Rustenburg into a shimmering reality. He made runs and friends, and collected trophies and memories.

“I can only describe my time at the Titans as living out a childhood dream. Rubbing shoulders and becoming “family” with some of the biggest names in the game is something I’ll treasure forever. But it’s not only the big names and the famous faces that I’ll remember,” he pointed out.

He was a popular man around the whole place, and he had a special mention for those unsung heroes around the team.

“The admin staff, all the way to the security and cleaning staff, were all united and shared in a special bond that is Titans cricket.”

Now, Agathagelou begins a new innings in life, one where his family will take pride of place in his priorities.

“I am looking forward to moving full time into business. I’m sure my teammates and coaches can attest to the fact that it has always been a passion of mine,” he smiled.

“Aggers was a great team man, and someone we will miss hugely within the squad,” Titans CEO Dr. Jacques Faul said. “We can only thank him for what he represented and achieved whenever he was in a Sky Blues shirt.”

A proud husband and loving father, Agathagelou has much to look forward to in his next phase. Saying goodbye to the game that has given him so much hasn’t been easy, but he knows that the time is right.

“I’d just like to end off by saying thank you for the best years of my life. The Titans brand and family is way bigger than all of us as individuals, but it sure was one hell of a ride to be a part of something so special.”