Perhaps the shrewdest signing of the off-season for the Momentum Multiply Titans may well be the arrival of the experienced Cape product Lizaad Williams.

He brings stability with the ball, and is more than a useful player with the bat, as attested by his three half-centuries at first-class level. A tenacious team man, the 26 year-old feels this is the time to take his career in an exciting new direction.

“After spending eight seasons at the Cobras, I felt like it’s the right time in my career to make the move up north. I was a student at the University of Western Cape and I wanted to complete my studies, which I did in April last year, so it was the perfect time for me to move to Pretoria,” he explained to the Titans website.

Having served Boland and Cobras cricket with pride, he is now spreading his wings, and looking at making a name for himself in the fiercely competitive Titans environment.

“Game time didn’t come as often as I would’ve liked at the Cobras, but I feel it’s good to get out of my comfort zone and learn in a new environment. Over the past five years or so, the Titans have dominated franchise cricket so I’m looking forward to contributing to the team’s success and adding to the teams trophy collection,” Williams said cheerfully.

A new city and a new team means new possibilities, and with his studies now out of the way, he intends on writing the next chapter of his career with a spring in the step. Capped at junior international level, Williams was also an ever-present in the Boland representative sides through the school ranks.

“I was quite fortunate to be in a position to get opportunities that allowed me to play professional cricket. I’m privileged and it allows me to look after my family. Cricket also gave me an opportunity to complete my studies, so I’m very grateful,” he said of the places the game has taken him, ever since he fell in love with it as a young boy in Vredenburg, on the West Coast.

Having made the South Africa under-19 side, he won a rookie contract at Newlands, and has been an ever-present in the squad since then. Leaving familiar surrounds doesn’t come easily to players, but he feels that the time is right.

“I’m looking forward to make new friends and build new relationships with people in Pretoria and also to contribute to the success of the team. I’d like to tap into the knowledge of the coaches and senior players. Everyone’s dream is to play for South Africa one day, myself included/ That’s why I made the move, to get out of my comfort zone and really push myself,” he maintained.

Now that he is a Sky Blue, he is looking forward to working with some of the very best players in the country.

“Sport gives us an opportunity to make new friends, so I’m looking forward to mingle with the guys and get to know them. I played two seasons with Junior Dala at the Nelson Mandela Bay Giants in the MSL, and we spent quite a lot of time together. I really admire his work ethic – and he’s a fitness freak!”

Over the next few months, Williams will get to know the rest of his Titans mates, as he relaunches his career in the north. 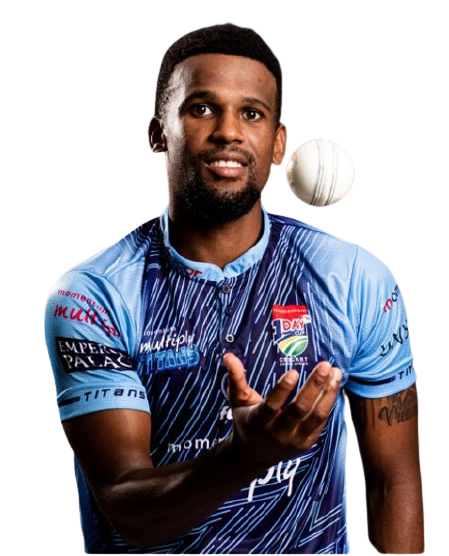