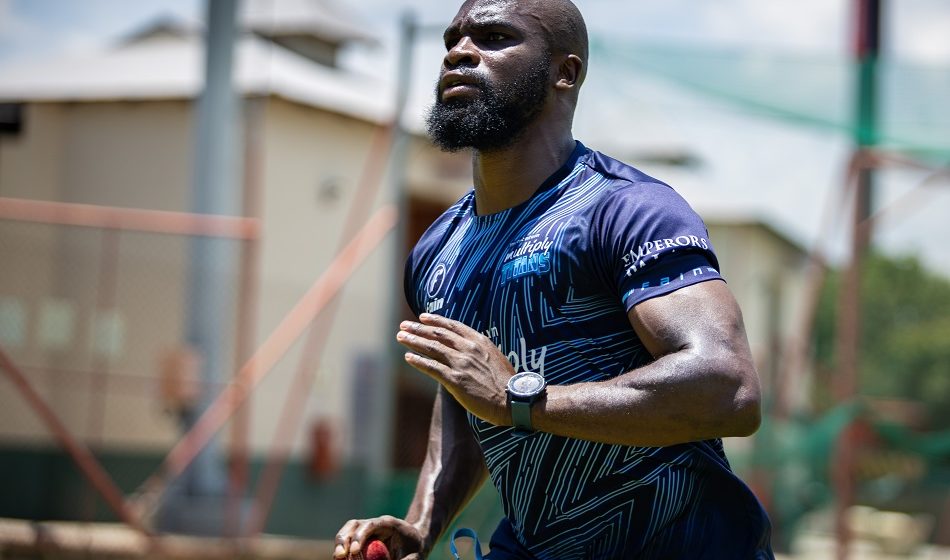 The Momentum Multiply Titans will host a summit meeting in the latest round of the Four-day Domestic Series on Sunday, as they welcome the Hollywood Bets Dolphins to SuperSport Park Centurion.

The visitors are top of their Pool, and have several players in fine nick with bat and ball.

Experienced Titans pace bowler Junior Dala is expected to be back and firing, and he is anticipating a mighty challenge from the coastal side.

“I think we can expect some good hard cricket. A lot of the Dolphins guys are putting their names up of for national selection,” he pointed out.

“They’ve had a bit of success over the last two years in terms of winning trophies, so I think in terms of their belief against us, they’ll play a lot harder and actually believe that they can beat us,” Dala added.

The Titans have endured a mixed bag thus far, winning from unlikely positions on the road, and then losing at their fortress. Dala is hoping that they settle back into a familiar pattern, as the red ball campaign reaches the sharp end of business.

“We probably didn’t play our best cricket in the first two games, but we won games from sort of impossible positions which seemingly last year we weren’t able to do,” he enthused.

“So, in terms of a young squad, that was good for our confidence. The fact that these guys could pull it off the first time around playing for the Titans means that the future is bright and it can only get better as the season progresses.”

The expectation around the place is still there, despite changes in personnel. The Sky Blues are desperate to land the four day trophy again, after falling just short last season.

“As a squad, we set ourselves very high standards. So I think it’s nice to have some of the Proteas back to just raise the standards a little bit higher.”

Amongst those returning are Proteas ace Lungi Ngidi, who just yesterday got a Test recall with good showing recently. With competition for Test slots very high, big Ngidi will be very motivated to get at the strong Dolphins card.

“Someone like Lungi having to bowl to world class batters just a few weeks ago puts him in good stead,” Dala said of the recent series against England.

“He can actually show the batters that to make it to the top, this is what we need and this is the operating level that we need at practice to ultimately achieve our goal, which is to win the 4-Day Series.”