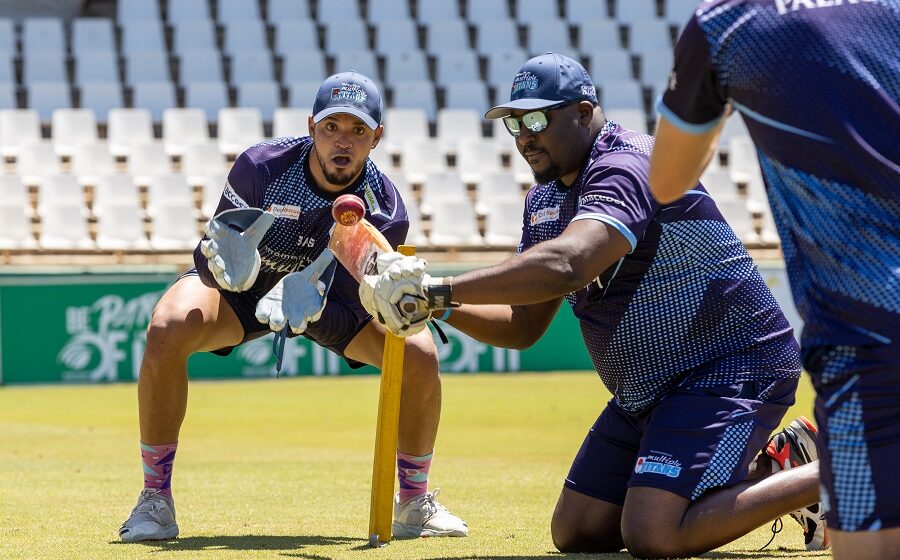 The Momentum Multiply Titans are looking to bounce back immediately from their one-wicket defeat to the Warriors in the Domestic Four-Day Competition.

The Titans meet the high-flying Dolphins next, and they expect a serious test from the side that pipped them to the red-ball title last year.

“The guys are really motivated for this one. The Dolphins are obviously flying high, and playing good cricket in all formats,” Head Coach Mandla Mashimbyi explained.

Reflecting on the dramatic loss to the Warriors, Mashimbyi said that he was proud of the way the team fought.

“The guys showed character. We didn’t start well, and we really didn’t do enough on the first day. It came back to bite us at the end,” he lamented.

Mashimbyi said the batting was the key, and they had to find a way to lay a better platform for the middle order to boss and win games.

Veteran seamer Junior Dala is aware they have every reason to be wary of the Dolphins.

“They are well coached, and have been in a lot of finals lately,” Dala conceded. “They have consistency in their squad from last season, and they will bring a big challenge.”

The tearaway did add that the Titans would be competitive if they started as they finished against the Warriors.

“We will bring the intensity of the last two innings against the Warriors into the first session on Friday, and we will be up for it.”