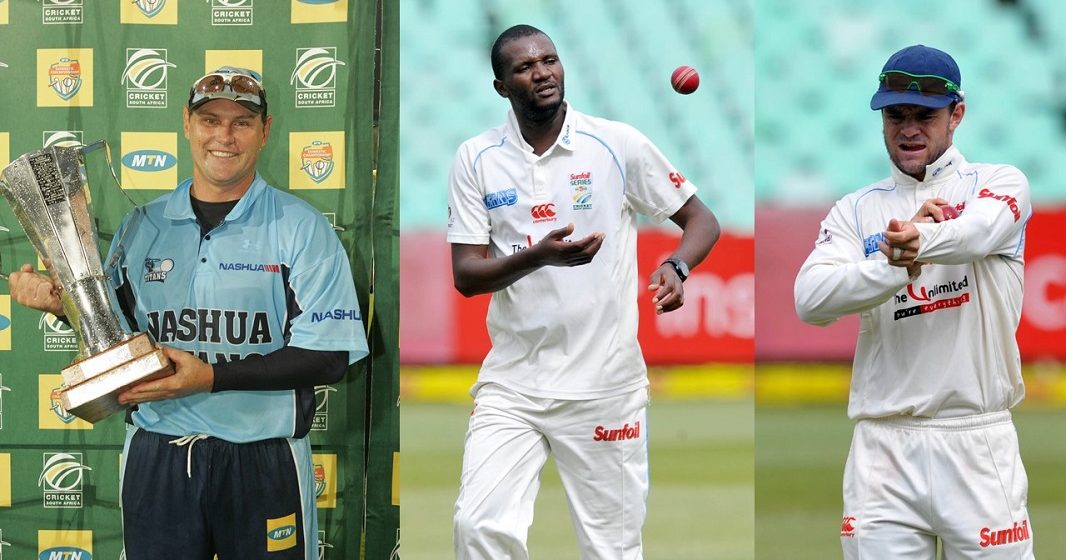 As Titans Cricket enters a new era in 2021/22, the environment is ripe for new heroes to emerge and fresh narratives to be written.

In the long and distinguished history of Titans Cricket, every generation has had players and administrators who embodied what it meant to truly be a Titan.

On the sporting field, the Titans were synonymous with success. But they were also known for playing with a style that always looked to take the game forward. Off the field, too, the Titans family have been blessed with exceptional quality.

Top of this list is the incomparable Elise Lombard, the exceptional chief executive who passed away suddenly, in 2012.

“Elise was an amazing leader, and had given the game over three decades of wonderful service and leadership. So many of her traits have been carried forward, and she lives fondly in our memories,” current CEO Dr Jacques Faul said.

“She was integral in this franchise becoming what it is, and she was hugely passionate about the game. No one who met or worked with her didn’t have a positive word to say about her and her intense passion for quality.”

A big part of the Titans blueprint is legacy, and passing the baton onto the next generation to take forward.

Within the current staff, Nyiko Minyuku, who is the Events Manager and looks after the Global Titans brand, is carving her own niche on the cricketing landscape.

“Nyiko is like that batter who stays at the crease, and you look up again, and she is on 70 not out,” Dr Faul smiled.

“She goes about her role quietly, but with great energy, and the book that she compiled on the Sky Blues was testimony to her vision and her ability to lead a team.”

Working in an environment that is still heavily male, entrenching oneself and excelling can be tricky. However, the example of Elise Lombard has been followed by Nyiko Minyuku, and their dedication and excellence paves the way for yet more transformation in the sport.

“We pride ourselves on creating a working environment that encourages and builds people,” Dr Faul explained.

“Cricket is played on the field, but there is so much good work that goes unseen by the public sometimes. It’s important to note that there are many parts of the wheel that ensure things keep moving forward.”

On the field, there have been ten players who received benefit years to the Northerns or the Titans. They are listed below:

Lee Barnard (1982/83 – 1991/92) captained the Northerns in the 1980s, and heralded the start of the competitive edge that the Northerns and Titans have sustained ever since. Barnard was a fine, all-round sportsman, playing for both Transvaal and Northern Transvaal as a fly-half. As a left-handed batsman and spinner, he gave tremendous value to his team.

Vernon du Preez (1978/79 – 1993/94) was an immaculately correct top-order bat, who loved nothing more than churning out runs for the union. He made a hundred on debut, and settled in for 15 seasons as a Northerns stalwart. He was a batsman in the tradition of red-ball cricket, patiently collecting runs all around the wicket.

Noel Day (1982/83 – 1989/90) moved to Northerns in the early 70s, after jousting for keeper/batsman duties with Ray Jennings at Transvaal. Day was the more accomplished batsman, and could have played purely as a batsman in the Currie Cup. His keeping abilities were not far behind Jennings, and he became a force for the Northerns revival of the 80s.

Willie Morris (1979/80 – 1991/92) might now be known as the father of Chris Morris, but he was a fine cricketer himself. Willie was lanky, and bowled awkward spin for long spells, which allowed the quick bowlers to be rotated from one end. He was a handy lower – order bat and, much like his son Chris, an absolutely fantastic fielder in the gully region.

Alan Jordaan was a top-order batsman of substance, following in the footsteps of his father, who also played for Northern Transvaal. Quietly determined, Jordaan enjoyed years of fine service, before turning into one of the Currie Cup era’s finest administrators. He would eventually rise to the management team for South Africa, upon readmission.

Gerald Dros ( 1993/94 – 2003/04) was yet another forthright leader of a generation of Northerns cricketers. Enterprising leadership and an insatiable appetite to compete were coupled with a very good eye at the crease. Excellent down the ground, Dros played some of the most influential knocks for his side under pressure, delivering in the engine room. He was an excellent mentor for the next batch of Titans, even beyond his playing days.

Affectionately known as ‘Vinnige’ Fanie de Villiers (1985/86- 1997/98) was one of the most beloved sons of South African cricket, he led the Northerns attack for over a decade. He was always at the batsmen, nibbling away with his movement outside off stump. Fanie became a hero for his country, famously starring in the remarkable win in Sydney, on the 1993/94 tour. He was also handy with the bat, and could hang around and chip in with dogged runs when the situation needed it.

Pierre Joubert (1996/97 – 2010/11) was the evergreen in the side, straddling the eras of provincial and then franchise cricket. He was a terrific strike bowler, blessed with a strong engine and a determination to get wickets for his team. His batting also grew more and more influential with tone, until he was justifiably billed as a genuine all-round cricketer. More than that, he was one of the most successful captains in Titans history, going through a purple patch of five trophies in three years. He continues to serve the union beyond his playing days as a leader in administration.

Ethy Mbhalathi ( 2002/03 – 2014/15) arrived and immediately settled into a metronomic line and length. It remains a mystery as to how he never received a call up to the Test side, when he had all the credentials. He was exceptional with the new ball, and crafty in his follow up spells. He eventually broke the record for wickets taken in first-class cricket for the province, and he did so with a minimum of fuss. Hugely underrated outside of his team, he was vital to the fortunes of the franchise.

Heino Kuhn was a wicket-keeping batsman of the finest stock. Unlucky to be born into the same era as so many quality cricketers across the country, his opportunities were limited for the highest honours. That didn’t stop him from earning a couple of Test caps. In lieu of an extended international career, Kuhn was a dedicated foot soldier at the Titans. A classy top-order bat, he was comfortable across all formats. Soft-spoken, steely and the ultimate team man, Kuhn was respected by all.

Reflecting on the players that have given considerable service to Northerns and the Titans, Dr Faul was fulsome in his praise.

“The modern cricketer often finds himself moving around due to many variables. To have had so many players come and call SuperSport Park Centurion home for so many years speaks to the environment that is created here,” he said.

“Many of our greatest players continue to provide a great support network once they are done playing, and that only helps to maintain the proud legacy of being a Titan,” he added.