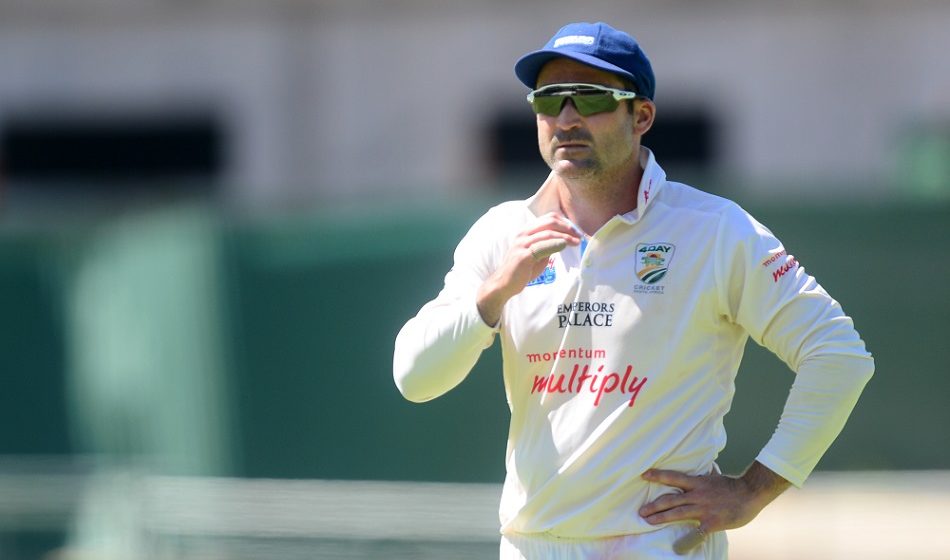 The Momentum Multiply Titans made a thrilling start to their 2020/21 season, as a Theunis de Bruyn century helped them to a two-wicket victory against the Cape Cobras at Newlands.

de Bruyn notched 127, as the Sky Blues looked to chase down a tricky 316 on the final day. Having started the final day on 195 for three, the Titans had early trouble, so it was left to Proteas batsman de Bruyn to show his class.

He did fall just before the Titans got home, however, and it was left to the vastly improved Junior Dala (41 not out) to steer the tail home, with two wickets to spare.

“We have had quite a long layoff, so it is a brilliant result to beat the Cobras first up,” experienced batsman Dean Elgar said after the match.

“We knew that they were going to be throwing a lot of punches in the game and we were also going to be doing the same thing. So to beat them in the first round is an awesome victory for us, and we really played some hard cricket.”

Elgar was the saviour of the first innings, notching a stoic 101, despite his side being bundled out for 150. Elgar added a vital 58 in the second dig, to make an excellent start to the new campaign – particularly after such a long period of inactivity.

“It’s obviously important that I go out there and contribute with the bat, knowing that that’s my responsibility as a senior batter in the group. To contribute in a winning cause is even more exciting,” Elgar explained.

“I think that the 30 years of experience that I have now means I can do a lot of referencing to past innings, which helps. I am just focused on maintaining my high standards that I set myself.”

The focus now shifts quickly to the Warriors, who they will meet on Monday morning. The men from Port Elizabeth were trounced by 179 runs, at the hands of the Knights, and they will be determined to bounce back at the earliest opportunity.

Well coached by Robin Peterson, the Warriors also had to endure the loss of six players due to Covid-19, on the eve of their opening game last week. All that points to a dangerous foe, and Elgar is braced for another tough battle.

“I think we just need to focus on our game but we would obviously love to win that game against the Warriors. They might have lost their first game, but we know how dangerous they are,” he warned.

A better start than the one they had in Cape Town will be top of the agenda for the Sky Blues, but they will have taken great heart from the manner in which their senior players stood up, kept them in the fight, and then pounced when the opportunities presented themselves.