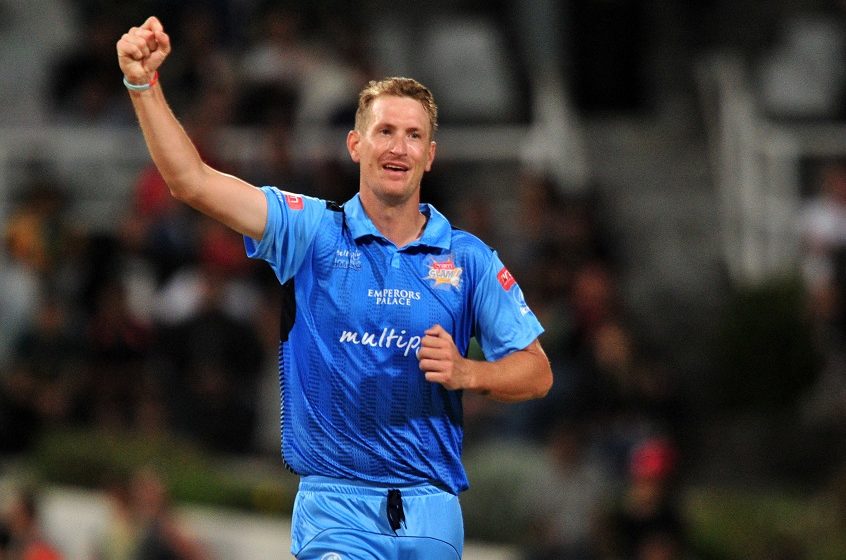 Chris Morris made Indian Premier League (IPL) history on Thursday, as he became the highest auctioned player in the history of the lucrative T20 competition.

The Rajasthan Royals saw off stiff competition from the Mumbai Indians, and then the Kings XI Punjab, to land the all-rounder for a sensational R32,7 million.

“I am unbelievably honoured and humbled. It is a franchise with a good history, and I am buzzing to get going there,” Morris told the Momentum Multiply Titans website.

It was just a few months ago that the Proteas international was driving past SuperSport Park Centurion, itching for a return to action, before the call came from the Titans. That patience had now paid off handsomely, with his pedigree in T20 cricket fetching a handsome bounty.

The 33 year-old has turned out for the Royals before, and has pleasant memories from that time.

“I am very excited to be joining Rajasthan again. I had a very good time there, back in 2015. I made lots of friends, and we had a very successful season.”

Morris, undaunted by the price-tag after previously being dubbed “the Million Dollar Man”, added that he felt that there was a strong squad at the Royals, which could go very far in the 2021 edition.

But, before he heads to his new team, there is serious business to attend to on the local front.

“First and foremost, the focus is on the Momentum Multiply Titans and the CSA T20 Challenge. I believe we have a very good squad, but every other franchise also have a strong squad and strong teams,” he warned.

He anticipates a very tight tournament in the Durban bio-bubble, and all his energies are concentrated on securing yet more silverware for his beloved Sky Blues.

“We will have to be at our best. So the full focus is on getting business done here, and hopefully adding another trophy to our illustrious cabinet.”