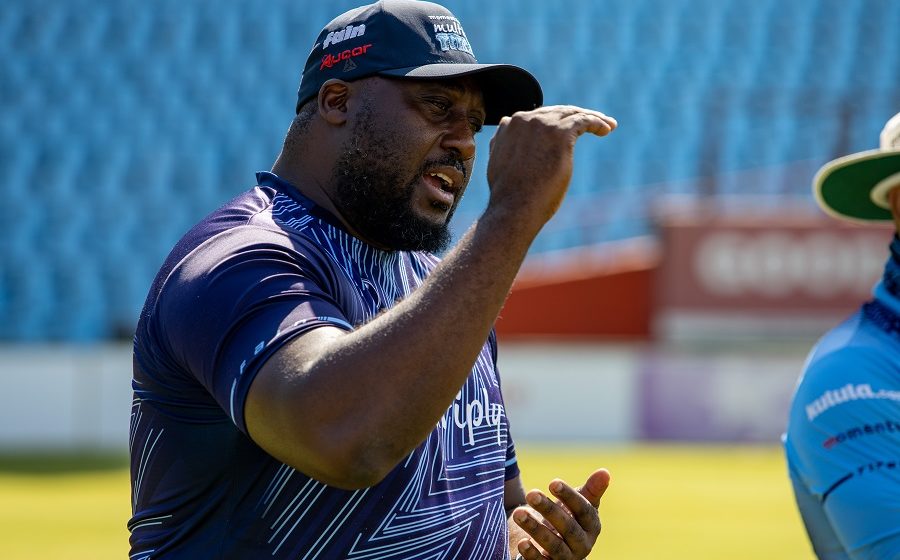 The Momentum Multiply Titans are proud to see head coach Mandla Mashimbyi temporarily appointed to serve as one of the Proteas assistant coaches for their trip to the West Indies.

Mashimbyi, who has been head coach of the Titans since 2019, is taking the place of Enoch Nkwe, who has not traveled with the team.

“It’s always a source of pride when we see our players and management staff being recognised for national duties,” Titans CEO Dr Jacques Faul said.

“Mandla has done fantastic work at the union, in a relationship that goes back almost 20 years now, from his time as a player, on to his current role as head coach of the franchise.”

Mashimbyi will find several familiar faces in the South African men’s team in the Caribbean, with the Test side led by Titans opener Dean Elgar.

“The number of players who attain national honours is a great source of inspiration for all our players at the union, and we wish all of them, as well as the Proteas squad, all the best on their travels,” Faul added.

“It is a pleasure to assist the national team wherever I can, and I look forward to this opportunity,” Mashimbyi said.

“We all ultimately work towards having the best national team, so having the opportunity to work with our best players from across the country can only be a good thing.”

The Test series will be followed by a T20 series, as teams build towards the T20 World Cup.