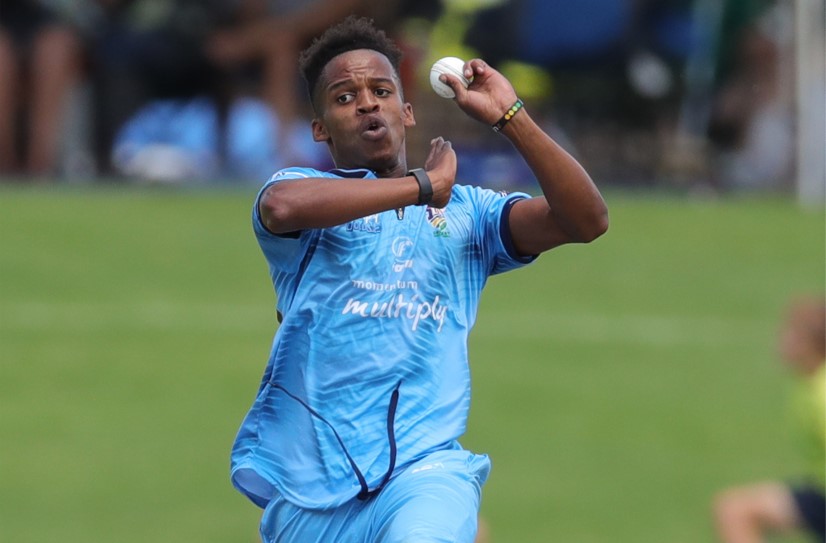 A left-arm seamer is always a welcome addition to a dressing-room. He asks different questions, and Khwezi Gumede’s move up north from Durban in 2019 was met with plenty of anticipation at Easterns.

Softly-spoken, the 20 year-old Gumede was a regular at Kingsmead in his late teens, as he continued to impress every time he showed up to practices. A measure of his prowess was when he was asked to attend the Proteas and Australian net sessions as an 18 year-old, ahead of the first Test of the 2018 series.

Gumede troubled both sets of international openers with his new ball spells, with former Proteas coach Ottis Gibson nodding encouragement for almost every ball. For Gumede, those few days were just another step towards a brighter future, where he will still let the ball do most of the talking.

“My journey started back in primary school, like everyone else I guess. I got invited to a mini cricket game by my school teacher in grade 2 and I haven’t looked back since,” he recalls.

He admits that he was still raw in high school, and was actually in the Glenwood High School Second XI. But, he kept at it, and eventually broke through provincially.

I wasn’t too good in high school, as I started out in the U14D. But I gradually worked my way up. I actually played hockey really well, and made the KZN side for that!”

Since his move to Easterns last year, he has settled in, and played his part in their winning of the CSA Provincial T20 tournament. Now, after a year working at close quarters with the Titans set-up, he has been promoted into the Sky Blues squad.

“I’m very excited to be joining the Titans, as it is a dream come true. I grew up watching some of my idols play for this franchise and it’s a really special feeling to be joining that legacy.”

Aside from the many Easterns teammates, he also has other familiar faces in the Titans squad. Okuhle Cele is a friend from days at Kingsmead and Durban club cricket, and he is also excited to work closely with Lungi Ngidi – when the big fast bowler is not on national duty.

“I’m really looking forward to getting stuck in with all my new teammates and to helping the team the best way that I can in order for us to win trophies.”

Beyond the lockdown for Coronavirus, Gumede will be itching to show that there is a southpaw on the loose, and he is going places. The lessons he has taken in over the years were tough, but they have prepared him for the examination that will be franchise cricket.