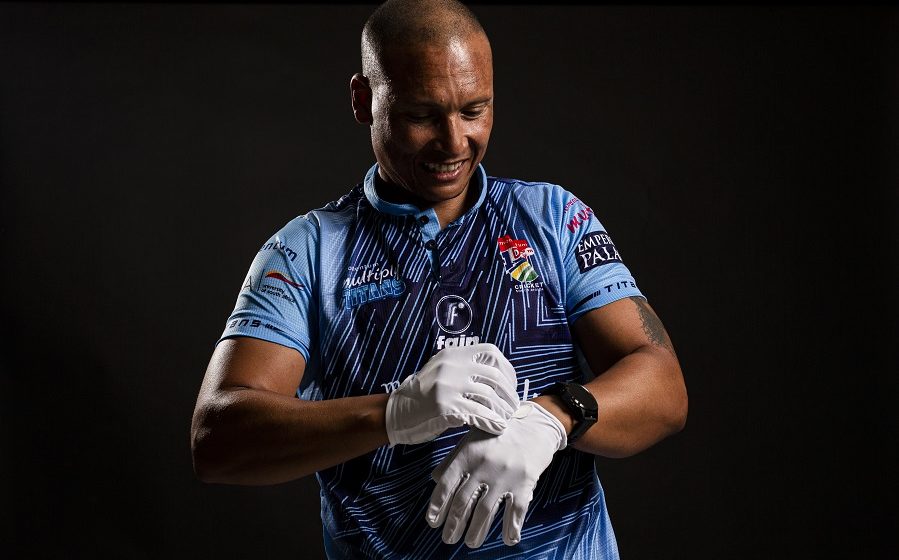 As Henry Davids bows out from a two decade playing career studded with trophies and stunning performances, the 41 year-old said he couldn’t have asked for more.

13 domestic trophies, including 11 with the rampant Momentum Multiply Titans.

The kid from Pniel represented Boland , the Cape Cobras and then the Titans domestically.

“I couldn’t have written the script better,” he said, trying to claw through the flood of memories to cherish.

“Ending at The Titans was perfect, because we dominated for over a decade. You look at the Proteas produced here and the brand of cricket we played,” he said of a team that once scored 400 on three occasions in a 50-over campaign.

“That was a proper achievement as a team, and I think it’s down to the environment that is created. It has allowed guys to come in and excel. If you look at just two examples, in Aiden Markram and Theunis de Bruyn. They came in and excelled right away. I hope I’ve played my small part in that creation of an environment that breeds success. It was always very rewarding to see as a senior player. ”

Titans CEO Dr Jacques Faul praised Davids for his contribution, on and off the field.

“Henry means so much to the Titans, and I always felt he should have played more for the Proteas. He is the definition of the senior pro. His standards on the field and in terms of his conditioning never slipped, which was a great example, ” Faul stated.

“Henry was a great team man, and he was always happy to share in the success of others. The banter on the golf course was also on another level!”

Davids has always been big on environment and atmosphere, and he said he had been very lucky to play at venues that were really connected to the teams he represented.

“Starting out at Boland Park, where the people just love their cricket. It was amazing to go back there with the Paarl Rocks and do what we did,” he smiled. “Newlands is just a special place in world cricket, and then of course, SuperSport Park, which has been just unbelievable.”

His children were born in Pretoria, so the knowledge that they were at every home game, watching on, gave Davids a great sense of comfort.

“We really have a great family environment at the stadium. People care about the Titans, but they have a lot of respect for the players. I just want to thank them for their support, because it is second to none. Long may that continue, because SuperSport Park is such a special place to play.”

Beyond his playing career, Davids is still going to be involved with bat and ball. As a Sports counsellor, he wants to help groom the next generation of stars.

“I can’t just walk away from the game. Not after all it’s given me. I want to be a bridge for the younger generation, to help them adapt to the demands of the modern game. I also want to help them to be better cricketers and better humans at the end of the day.”

There is an air of change in South African cricket, but Davids welcomes the new provincial structure, adding that it will provide more opportunities for youngsters.

“It’s a good move, as it will give more opportunities. There is always something to play for now, so there won’t be any dead rubber games. I think that bit of an edge is much needed.”

Davids saved his final sentiments for his band of brothers in the change-room.

“They’ve given me the best time of my sporting life. We wanted to create that family environment, and I think we did that. There is no way the banter flows the way it did if we didn’t all get along and buy into the process,” he explained.

“I would love to see the guys continue that, and maintaining great relationships with each other. The challenge was always to start something better each season, build on the previous success, and that still happens. I will always love these guys, and they know I am a phone call away.”

As he walks away from the Sky Blues, Davids said he had absolutely no regrets.

“There really are no guarantees to play this game for a long time. I’ve been lucky and blessed. I tell every player to make the most of your time in that Sky Blues jersey. It is truly special.”