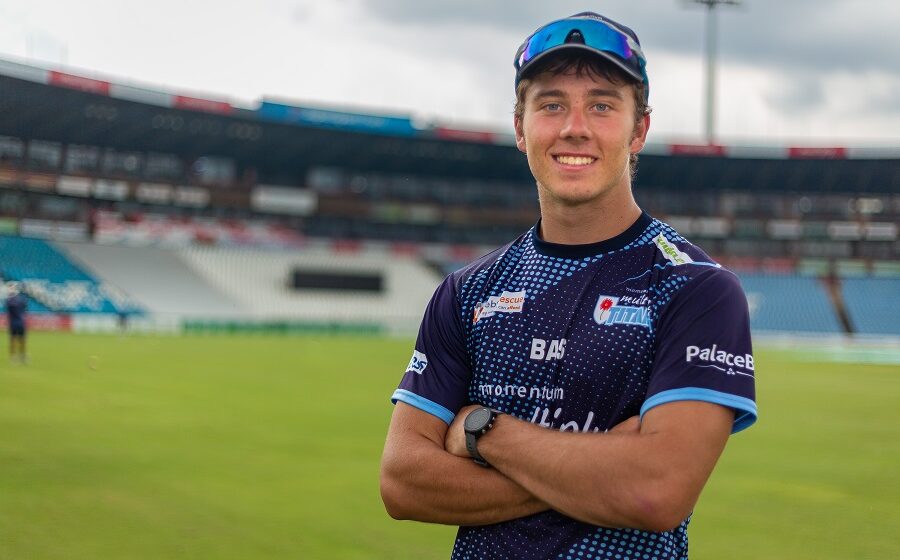 The name Dewald Brevis has been on the lips of any and all cricket lovers following his outstanding performances at the under 19 Cricket World Cup at the beginning of the year.

It’s been a euphoric period for Brevis who has been snatched up by the Mumbai Indians in the Indian Premier League after his strong showing on the international stage.

The right-hand bat, who bowls handy leg spin, joined up with his Titans teammates for the CSA T20 Challenge in Gqeberha shortly after returning from the West Indies.

“From a young age it was always a dream for me to play for the Sky Blues.” He beamed. “In that first game walking out in the middle with Quinton de Kock and playing with the team was amazing and a dream come true!”

The 18 year old has a lot to look forward to and will soon be jetting off to meet his Mumbai Indians teammates, but intends to keep his feet firmly on the ground.

“It was always a very big dream and I prayed to play in the IPL. It was a very big surprise for me but I’m so excited, it is a big deal for me and my family. I can’t wait to get there.”

Brevis enjoys the nickname “Baby AB” and appreciates being compared to the icon that is AB de Villiers but also aims to walk his own path and create a legacy of his own.

“As a youngster I always idolised him and he’s my role model, so being compared with him is a massive honour. I enjoy being called Baby AB but it’s important that people know me as Dewald Brevis.”